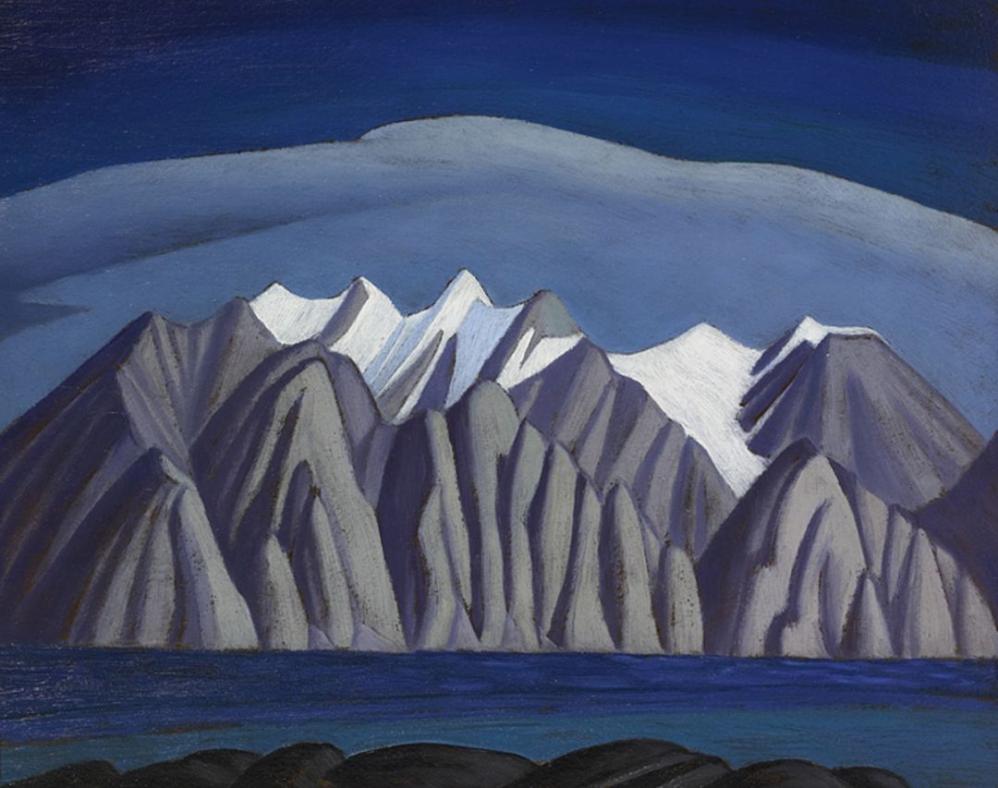 "MacDonald and I discussed the possibility of an art expression which should embody the varied moods, character and spirit of this country. We heard there was an exhibition of modern Scandinavian paintings at the Albright Gallery in Buffalo - and took the train over to Buffalo to see it. This turned out to be one of the most exciting and rewarding experiences either of us had. Here was a large number of paintings which corroborated our ideas. Here were paintings of northern lands created in the spirit of those lands and through the hearts and minds of those who knew and loved them. Here was an art bold, vigorous and uncompromising, embodying direct, first-hand experience of the great North. As a result of that experience our enthusiasm increased, and our conviction was reinforced." (1) Lawren Harris was born in Brantford, Ontario and at the age of nineteen went to Berlin for academic training. Upon returning to Toronto, he met J.E.H. MacDonald who shared his vision of a new and distinctive way of depicting the Canadian landscape. Harris became the driving force behind the Group of Seven. A.Y. Jackson claimed: "Without Harris there would have been no Group of Seven. He provided the stimulus; it was he who encouraged us always to take the bolder course, to find new trails."(2) By 1918, Harris, had travelled to the Algoma region in the company of MacDonald and Johnston. Harris made his first trip to the North Shore of Lake Superior in 1921. His search for a deeper spiritual meaning eventually took him to the stark landscapes of the far north. By the late 1920s, the artist's work strove to capture the spiritual essence of the bold landforms of the Rockies and the Arctic. Throughout the ensuing decade, Harris continued to simplify and abstract his landscapes until his subjects became non-representational. Harris worked as a member of the Transcendental Group of Painters in Santa Fe, New Mexico for two years, returning to Canada in 1940 and settling in Vancouver for the remainder of his lifetime