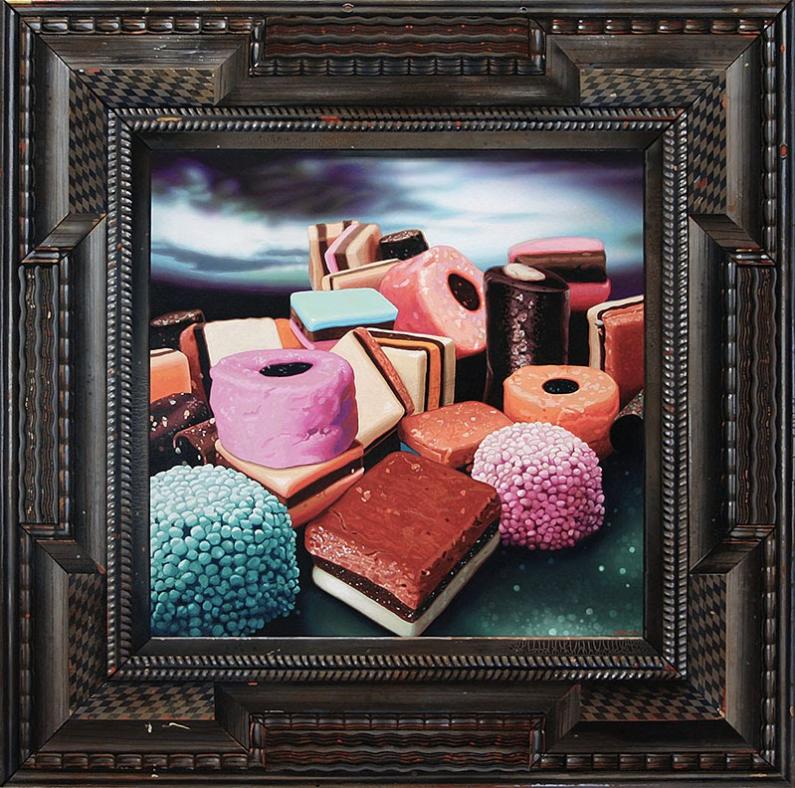 John Hall's hyperreal paintings are "...concerned with seeing the world as it is, that is non-escapist, non-idealist and non-elitist, that sees as its goal the clear communication of the artist's perception of his environment". Likened to an urban archaeologist, these still life works mine the rich complexity of contemporary urban life.

Hall trained at the Alberta College of Art, Calgary and the Instituto Allende, Mexico, in the 1960s. He has held teaching positions in fine art at Ohio Wesleyan University, the Alberta College of Art and Design, the University of Calgary, (where he recently retired from a full professorship in painting and drawing), and the Okanagan University College. Currently he holds a professorship emeritus at the University of Calgary. He now lives and works in Kelowna, BC. Hall was elected to membership in the Royal Canadian Academy of Arts in 1975, and is represented in many public collections including: National Gallery of Canada, Art Gallery of Ontario, Montreal Museum of Fine Arts, Art Gallery of Nova Scotia, Winnipeg Art Gallery, Glenbow Museum, Edmonton Art Gallery, Art Gallery of Hamilton, Mendel Art Gallery, Kitchener/Waterloo Art Gallery, Confederation Art Gallery & Museum, Mackenzie Art Gallery, Memorial University Art Gallery, University College of Cape Breton Art Gallery, University of Calgary, Canada Council Art Bank, Alberta Foundation for the Arts. He is also represented in numerous corporate and private collections and has received commissions from Calgary’s Foothills Hospital, the Royal Bank and Cineplex Odeon, among others. Notable among his numerous one-person exhibitions are: the National Gallery of Canada (1979-80) and a major retrospective exhibition at Mexico’s City’s Museo de Arte Moderno in 1994. Hall has also participated in many group exhibitions in Canada, the United States, Great Britain, Europe and Japan.

John is currently working on a new series of trompe l'oeil paintings entitled "Framed", a unique series that demands closer inspection by the viewer to fully appreciate the work of the artist. 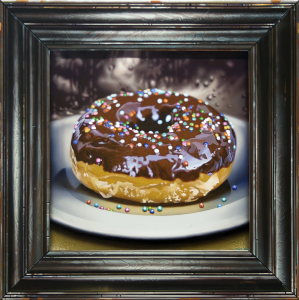 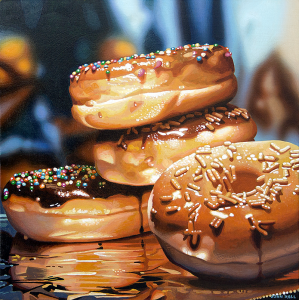 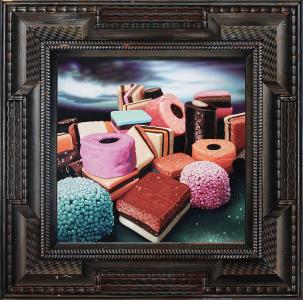 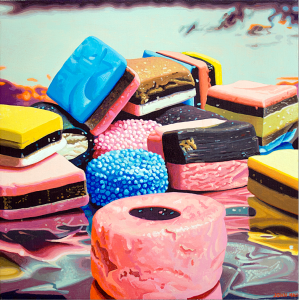 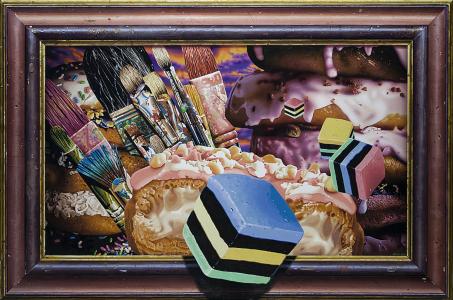 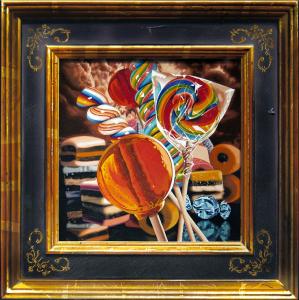 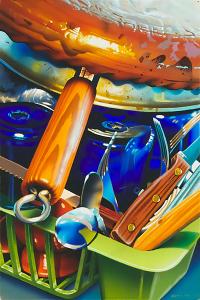 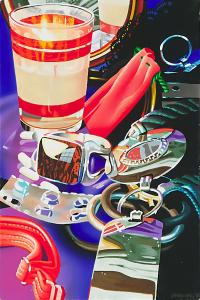