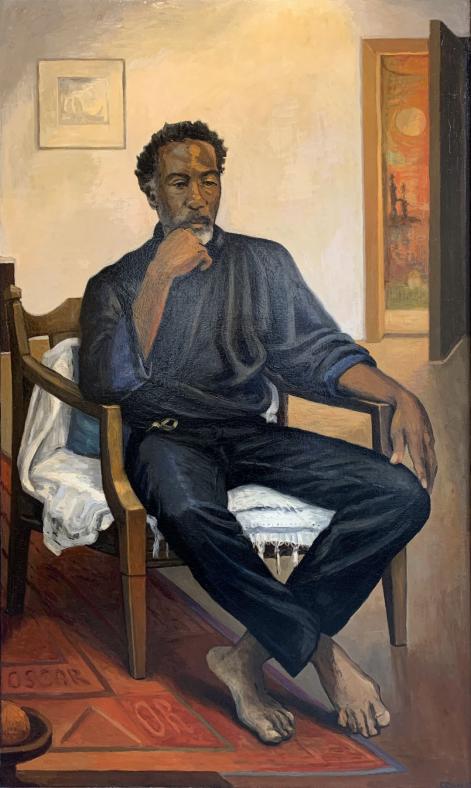 Diana Dean (RCA) was born in Rhodesia in 1942. She received her training at the important Bath Academy of Art in 1961 to 1964 where she was awarded a Diploma in Art and Education with distinction in sculpture. From 1963 to 1973, Dean exhibited and was awarded prizes for her sculpture in England. Moving to central Canada in 1975 with her family, Diana was unable to continue her sculpture and as a result turned to painting. From 1977 to the present, the artist has exhibited in solo and group exhibitions in Toronto. Her development as a painter has been strong, creating a powerful body of work that is epic in subject matter, composition, scale and historical parallels. Using her own life as reference, the artist's paintings reflect relationships during the passage of time – birth, children, marriage and death. The struggles, issues and challenges of life expressed by the artist in her compositions are transformed to the universal. In the 80's, the artist moved to the west coast where she built her home on Salt Spring Island. Lured by the landscape and light, these elements continually inform her paintings. According to the artist: “My search is to find the essence of my inner vision, to be with it as I paint – to be totally connected and open.” Diana Dean is represented in important public, corporate and private collections in Canada and the US. In May 2016, Diana Dean was inducted into the Royal Canadian Academy of Arts (RCA). 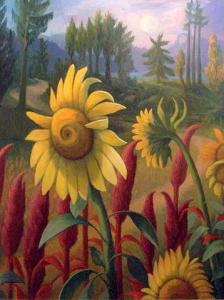