Muriel Yvonne McKague Housser studied at the Ontario College of Art from 1915 to 1920 and stayed to teach there for the following year. In 1921 she studied in Paris at the Académie de la Grande Chaumière, the Académie Colarossi, and the Académie Ranson. She later studied in Mexico with Emil Bistram and in Cape Cod under Hofmann. She returned to Canada 1922 and continued teaching at the Ontario College of Art until 1949. She also taught at Ryerson Collegiate Institute and at the Doon School of Fine Arts. She traveled in Europe 1924, visiting England, France and Italy. In 1930 she spent the summer in Vienna and took a course on child art with Cizek. In 1935 she married the art critic and financial editor of the Toronto Star and author of "A Canadian Art Movement: The Story of the Group of Seven," Frederick Housser. He died in 1936. Her painting moved to semi-abstract and abstract. In 1965 she received the Baxter Purchase Award at the Ontario Society of Artists' 47th exhibition. She was a member of the Ontario Society of Artists (1927), the Royal Canadian Academy (ARCA, 1942; RCA, 1951), the Canadian Group of Painters (founding member, 1933), the Federation of Canadian Artists (founding member, 1941) and the Heliconian club. She is represented at the National Gallery of Canada, the Art Gallery of Ontario, Hart House, the Art Gallery of Hamilton, the McMichael Canadian Collection, Kleinburg, the University of Toronto, Victoria University, the Public Library and Art Museum London and many private collections. She painted a mural for the Canadian Pacific Railroad. The mural is now owned by the Canadian Museum of Science and Technology, Ottawa. She received the Order of Canada in 1984 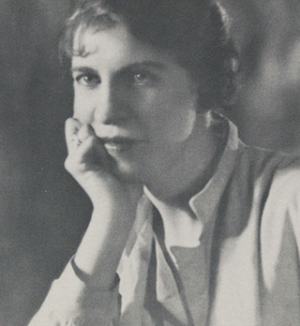